One “Spokesdog” and one ”Spokescat” will appear on Rescue Brew label.

Excitement was in the air at Palmetto Brewery in Charleston Wednesday night, with the announcement of the 2021 Rescue Brew “Spokesdog” and “Spokescat.”  SEE PHOTOS HERE

10-year-old Pippin, a Scottish Terrier, won the most votes to become the Rescue Brew “Spokesdog.” Pippin raised a whopping $29,241. Pippin belongs to Donna Moeckel who wrote in Pippin’s entry, “I was rescued by the Charleston Animal Society in 2014 and I continue to keep up my perfect doggy behavior and loving attitude to show everyone that rescue dogs are the best!”

On the cat side of the contest, 12-year-old Sirri Greer will be the face of Rescue Brew. Sirri is a black and white tuxedo cat, who raised $6,312 in votes! Sirri’s owner, Hank Greer wrote this about Sirri, “I am a rescued kitty! I was found when I was only four weeks old under a dumpster. I adore my humans, especially my dad.” Hank and Laurel Greer are Board Members and among the top donors at Charleston Animal Society.

This year there were 674 entries, where pet owners entered their animals with a photo and a biography, explaining why they should be the next face of Rescue Brew. “Once again, the community really got behind this project and helped us raise $150,000 for our lifesaving work,” said Charleston Animal Society Chief Advancement Officer Sean Hawkins, CAWA, CFRE. “We cannot thank our sponsor enough for making all of this possible.”

Once the Rescue Brew contestants were entered, they then tried to get the most votes, where each vote was a $1.00 donation to Charleston Animal Society’s lifesaving mission. As the contest ended voting ended last month, 149,471 votes had been cast with more than 2,200 people taking part in the contest.

“We are excited to again partner with Charleston Animal Society in the Spokesdog and Spokescat Contest and to create the Rescue Brew Beer,” said Colin Clark, Marketing Director for Palmetto Brewing Company.  “The 2021 Rescue Brew Beer is crisp and refreshing, with a hint of sweetness. Just like your rescue pet, this beer is a light, cheerful friend at the end of the day.  Full-bodied yet smooth, Rescue Brew Beer 2021 is the ale to drink beside your favorite furry friend.”  The Grand Prize Winners of the contest were announced last night at the Palmetto Brewing Company Charleston Tap Room and the beer will be available in cans and on tap this fall. 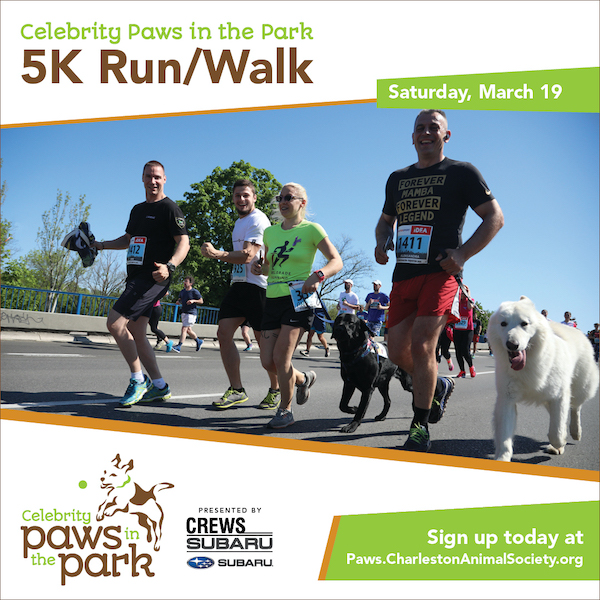