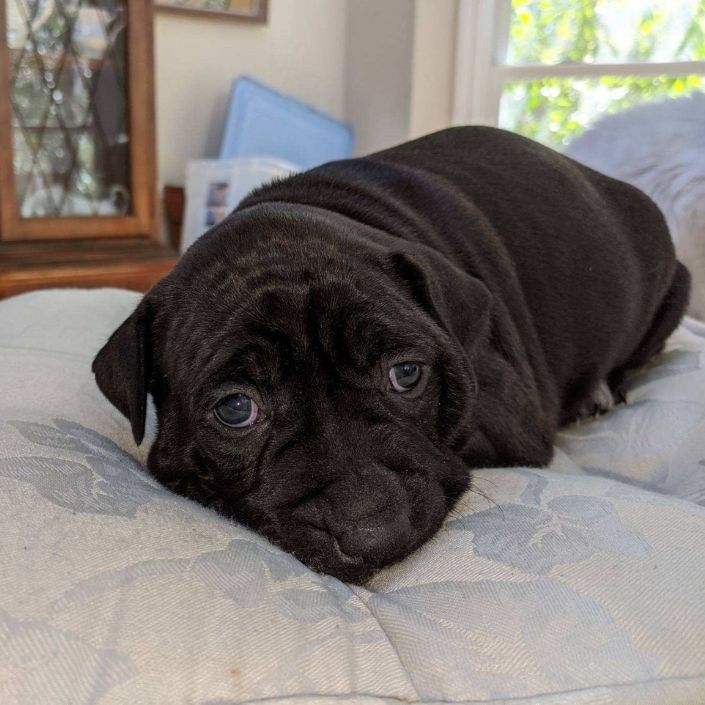 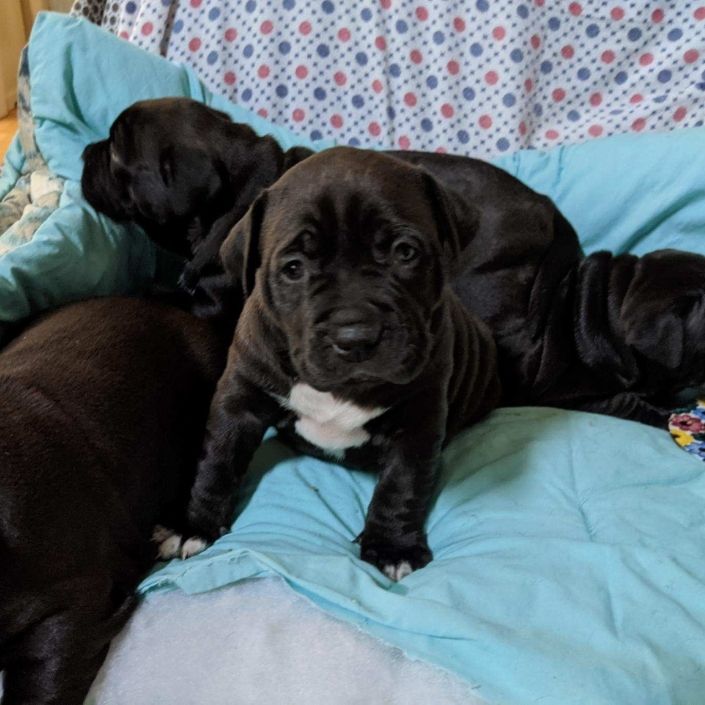 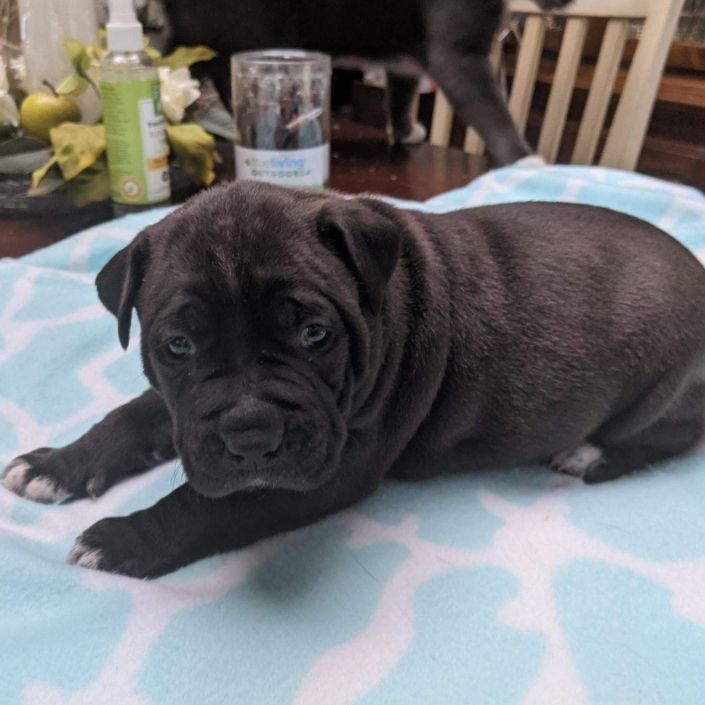 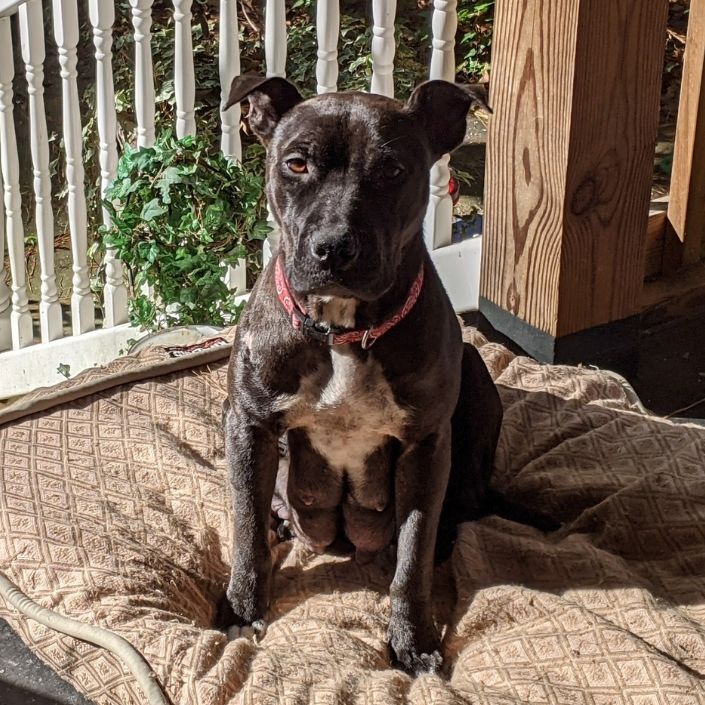 Johns Island –  Charleston Animal Society is offering a $5,000 reward for information leading to the arrest and felony conviction of two people who posed as Law Enforcement Officers in order to take a Johns Island dog and her four puppies.

The dognapping took place in mid-February when a man and woman allegedly went to a Johns Island home wearing fake badges. One suspect appeared to have a holstered gun. The dog is a brindle pittie-mix  with white feet. The puppies are black with white markings (CLICK HERE to see photos).

“These individuals didn’t just break the law. Their actions constitute a felony and are an insult to the dedicated folks in law enforcement that put their lives on the line every day. They used intimidation to steal a family dog and puppies,” said Charleston Animal Society Vice President of Operations and Strategy Aldwin Roman, CAWA. “The family is distraught and worried about the safety of their beloved pets.”

The Charleston County Sheriff’s Office has put out an alert to be on the lookout for the suspects involved. SEE ALERT HERE.

According to Sheriff’s Office alert, the two fake officers showed up at the home and after identifying themselves as Animal Control Officers, proceeded to take the five animals. One of the suspects appeared to be armed.

The dognappings took place on Whipperwill Lane on Johns Island. The suspects were driving a green, four-door SUV, with tan interior. The woman is white, late 20s to early 30s, slender build, with sandy blonde hair, and was wearing a green baseball cap and khakis. The man, also white, is 5’ 11” – 6’ 0”, with a stocky build and light brown/gray hair.

A burglary charge would be a felony, while impersonating an officer is a misdemeanor.

“We just don’t know if this is an isolated incident or if this is happening on a regular basis. We hope the $5,000 reward will flush out others who have been victimized with this kind of scheme and bring decent folks forward who may know something and perhaps, folks who are involved but are unaware of the serious consequences of being involved in what could be a felony crime,” said Charleston Animal Society President and CEO Joe Elmore, CAWA, CFRE. “Is this malicious theft for profit or vigilantism? Both of which are horrible for the victims and the community.”

If you know who is responsible or have seen this female dog and her puppies please call Charleston County Deputy Steven Jarvis at (843) 743-7200.

Doing What’s Right for Your Pet, Even When it’s Hard

Billie Jean: Healing and Hopeful after Attack
Scroll to top