The Lowcountry has lost an animal hero. Dr. Shirley McGreal, the founder of the International Primate Protection League (IPPL) in Summerville, has died.

Known around the world for her decades of work to save Gibbons, McGreal was awarded Charleston Animal Society’s highest honor in 2020, the Elizabeth Bradham Humanitarian Award.

Founded in 1973, IPPL opened its doors as the only Gibbon sanctuary in North America in Summerville, 40 miles west of Charleston. These “smallest apes,” are rescued from medical labs, zoos and other situations – and brought to safety at IPPL.

There are currently 34 Gibbons living in safety and solitude on 40 acres, provided by Dr. McGreal. She has received several international honors for her work with Gibbons, including the Order of the British Empire from Queen Elizabeth II.  Please consider a donation to IPPL in Dr. McGreal’s honor at IPPL.org. 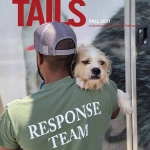 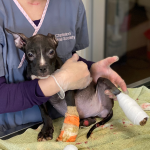