Petco Foundation is providing a $1-million Challenge Grant to make the goal happen.

North Charleston –  At its 147th annual meeting on Sunday, March 14th, Charleston Animal Society announced the Palmetto State can be a No Kill State by 2024. The initiative is funded through a grant from the Petco Foundation. Its statewide initiative “No Kill South Carolina” now has a timeline and becomes “No Kill South Carolina 2024” to culminate with Charleston Animal Society’s 150th anniversary.

Since No Kill South Carolina began six years ago, animal shelters across the state have saved more than 500,000 animal lives with 30,000 fewer animals euthanized, something unheard of in the South, a region historically plagued with high euthanasia rates.

“Our efforts with No Kill South Carolina over the past six years have made tremendous gains in the fight to save animals in every corner of the state,” said Charleston Animal Society President and CEO Joe Elmore. “The trending shows that we can make this groundbreaking initiative a reality by 2024.”

“No Kill” is a term used in the animal welfare that refers to the goal of saving “all healthy and treatable dogs and cats, typically about 90%.” No Kill communities do not euthanize animals for space and use data-driven and research-based strategies to bring euthanasia rates down and improve the quality of care for animals.  The concept of No Kill was introduced as early as the 1970s but gained major attention on the West Coast entering the 1990s with an article entitled In the Name of Mercy penned by Ed Duvin and was later effectively put in action by Richard Avanzino in San Francisco.”

“No Kill was introduced in the collective sense, as in building a No Kill nation; however, some animal shelters co-opted the term and proclaimed themselves No Kill shelters for fundraising advantages, making the concept shelter-centric instead of community-centric, which has led to much division in the animal welfare community.  Unnecessary euthanasia, like homelessness, illiteracy, hunger and other social issues are community, are community issues requiring everyone to work together to overcome,” Elmore said.

When No Kill South Carolina was started, 19% of dogs and 47% of cats were euthanized in shelters across the state. Six years later, through effective collaborations, innovative adoption strategies and other leading practices among shelters around the state, the euthanasia rate of dogs has dropped more than half to 8% and the euthanasia rate for cats is down to 18%.

“The progress is amazing, but we still have substantial work to do, especially in saving more felines from euthanasia,” said No Kill South Carolina Program Director Abigail Appleton, PMP, CAWA. “None of this would be possible without the amazing input and efforts from shelters across South Carolina.”

HOW YOU CAN GET INVOLVED

The No Kill South Carolina 2024 challenge is a great way for everyone to get involved in this statewide effort. “Go to your local shelter and let them know you’d like to help. You can adopt, volunteer or donate and help us all reach this tremendous achievement,” Appleton said. 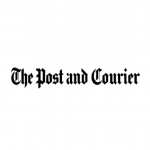