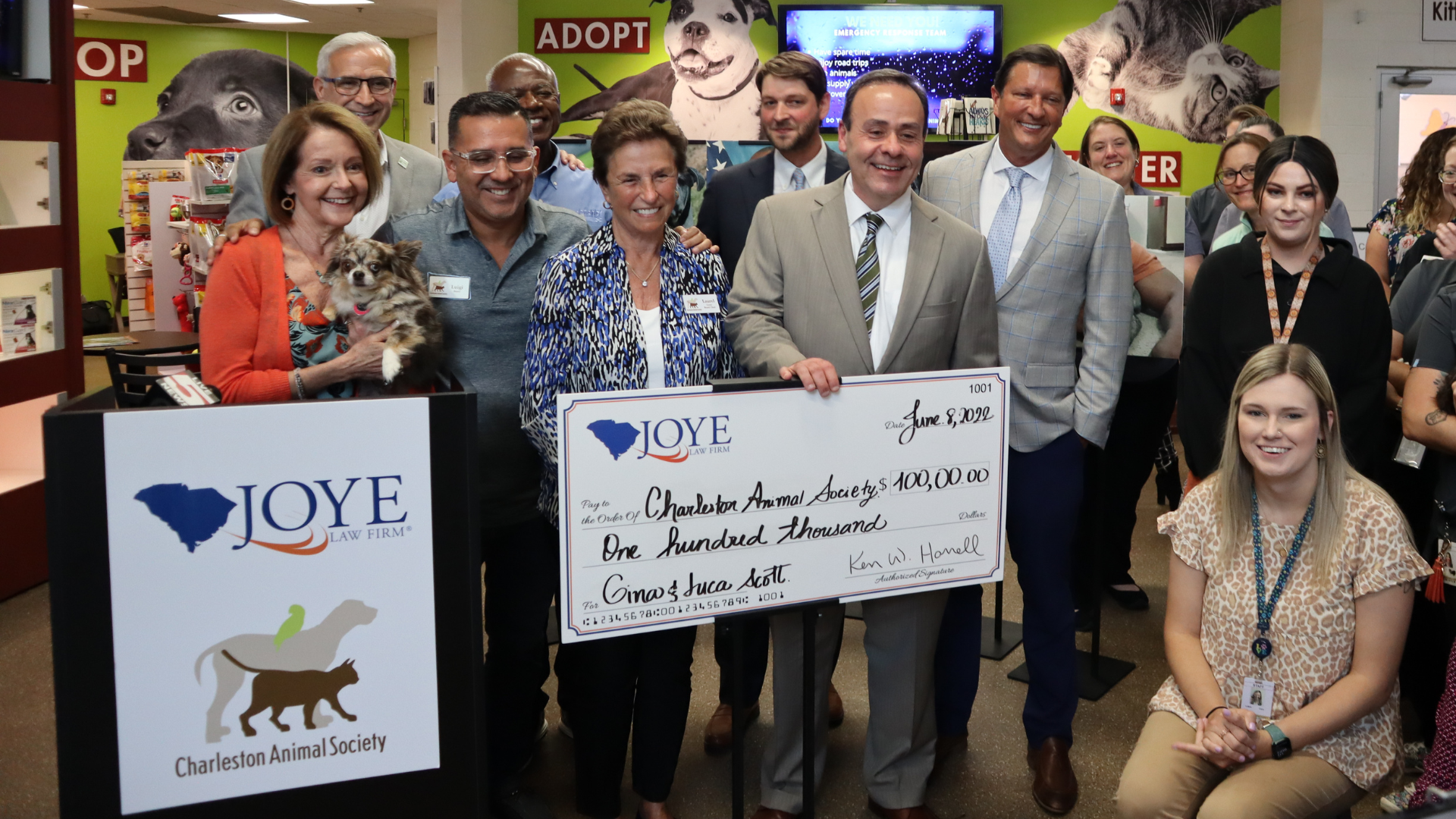 A Veteran’s Legacy Lives On

Nobody wants to receive a call that a friend or loved one has been in a tragic car accident. Stephanie and Tyson Brown got that call about their dear friend and co-worker Johnny Scott.

“We are his only family, and we would do anything for him, and he would do the same for us,” said Stephanie.

They sprang into action to get to the former Air Force veteran’s side. When they arrived at the hospital, Johnny was paralyzed from the neck down, but his brain and verbal responses were intact. Over and over again, he asked nurses, EMT’s, and anyone who would listen, “who will care for my babies?”

Back at his home, Johnny had two eight-year-old Cane Corsos, Gina and Luca.

At 73 and 120 pounds, these gentle giants were alone and suffering from age-related arthritis and skin issues. Luca also had a massive growth on his hip. As they sat alone in Johnny’s apartment, they had no idea that their lives had just been turned upside down.

As their human fought for his life, both Luca and Gina received daily care from Stephanie and Tyson, but they soon realized that they would need long-term care and turned to Charleston Animal Society for help. It didn’t take long for our staff to fall in love with these sweet old souls.

Their big, kind eyes and soft, gray faces melt the hearts of everyone who meets them. Our veterinary team saw to all of their medical needs, and our animal care staff made sure they had plenty of exercise, lots of treats, and tons of love.

During his time in the hospital, we sent Gina and Luca’s dad photos and videos of both dogs playing, drooling, relaxing and enjoying the outdoors. He regularly asked about how his cherished canine companions were doing, and the Charleston Animal Society team made sure they were safe and comfortable in our care. As part of their daily activities, they were exercised in our socialization play yards. The yards are specifically designed for dogs to be able to get out and play with other dogs in the sun and shade. Joye Law Firm, which has supported Charleston Animal Society for 15 years, stepped in to help manage Johnny’s estate after learning about the situation.

“The Animal Society did so much good during such a bad situation,” said Joye Law Firm Managing Partner Ken Harrell. “The people of Charleston are extremely lucky to have a world-class animal rescue organization right here in our backyard.”

Just days after Gina and Luca arrived at the shelter, news came that no one ever wanted to hear. The injuries that Gina and Luca’s dad sustained from the car accident were too great, and Johnny passed away. In this time of loss, Charleston Animal Society staff were more determined than ever to make sure these sweet dogs were given their best chance at a new start in a loving home.

Many of the attorneys and employees at Joye Law Firm are dog lovers. They knew that Johnny would want to help Gina, Luca and other animals for years to come. Joye Law Firm stepped forward, making a $100,000 memorial contribution to revitalize the play yards that Gina and Luca had run and played in during their stay.

At a special presentation in June, a play yard was officially named after Gina and Luca, in memory of Johnny Scott. “For Johnny, like for many of us, his dogs were more than pets. They were family,” said Joye Law Firm Attorney Jeff Gerardi. “This contribution will go to help other families and pets during difficult times, which we feel is an appropriate way to honor Johnny’s memory and help preserve his legacy.”

Thanks to Joye Law Firm, future abandoned and medically challenged dogs will have an amazing play yard to relax in. 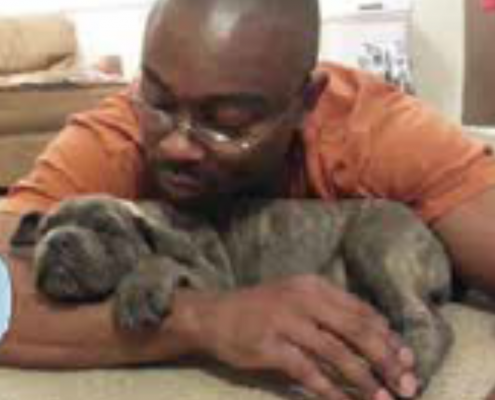 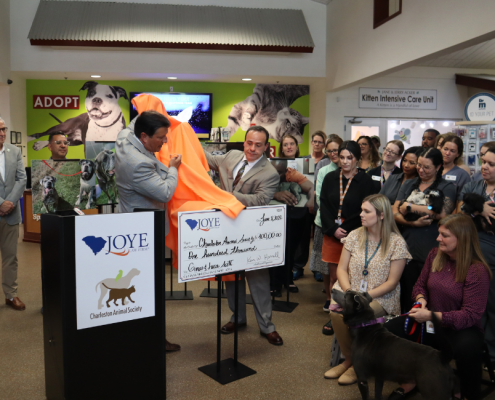 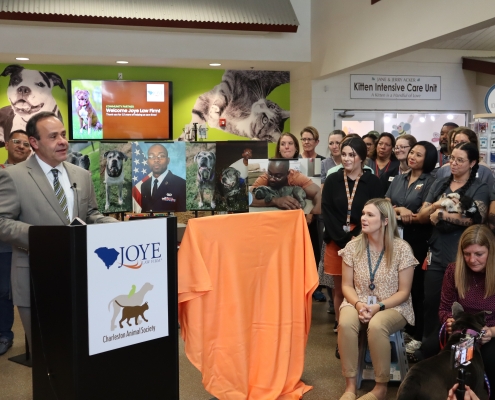 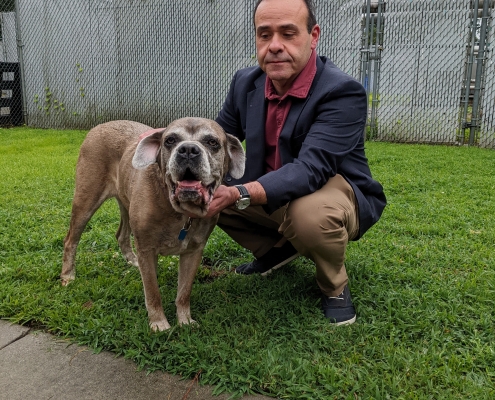 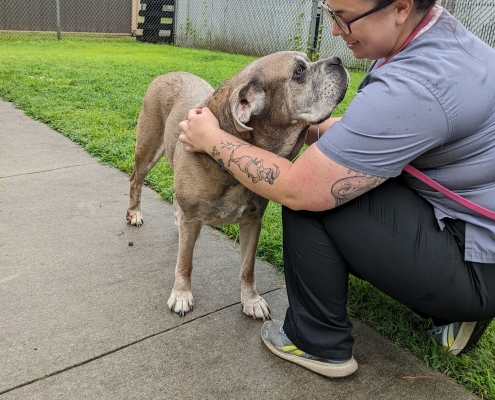 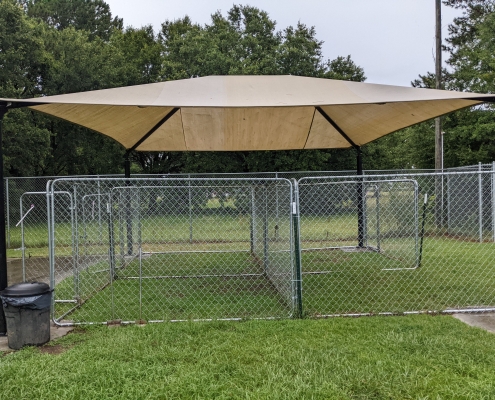 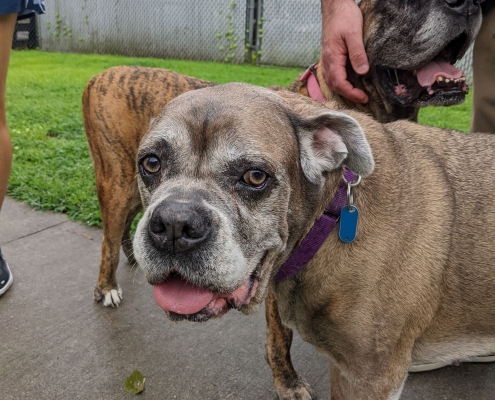 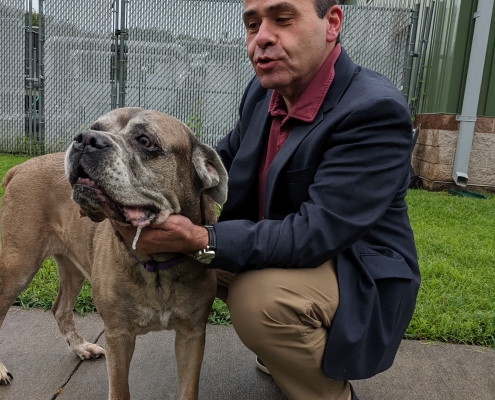 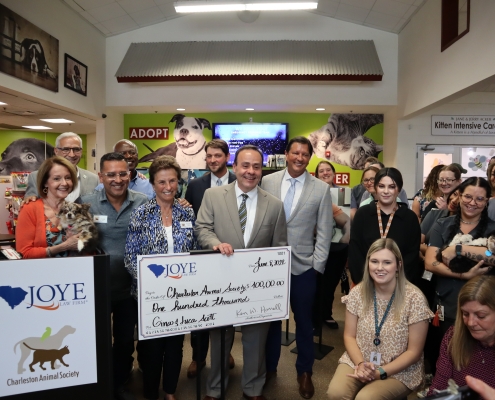 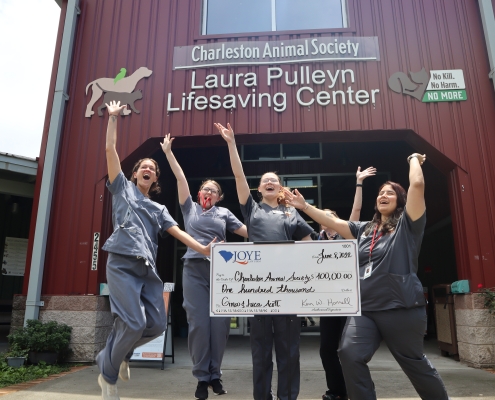