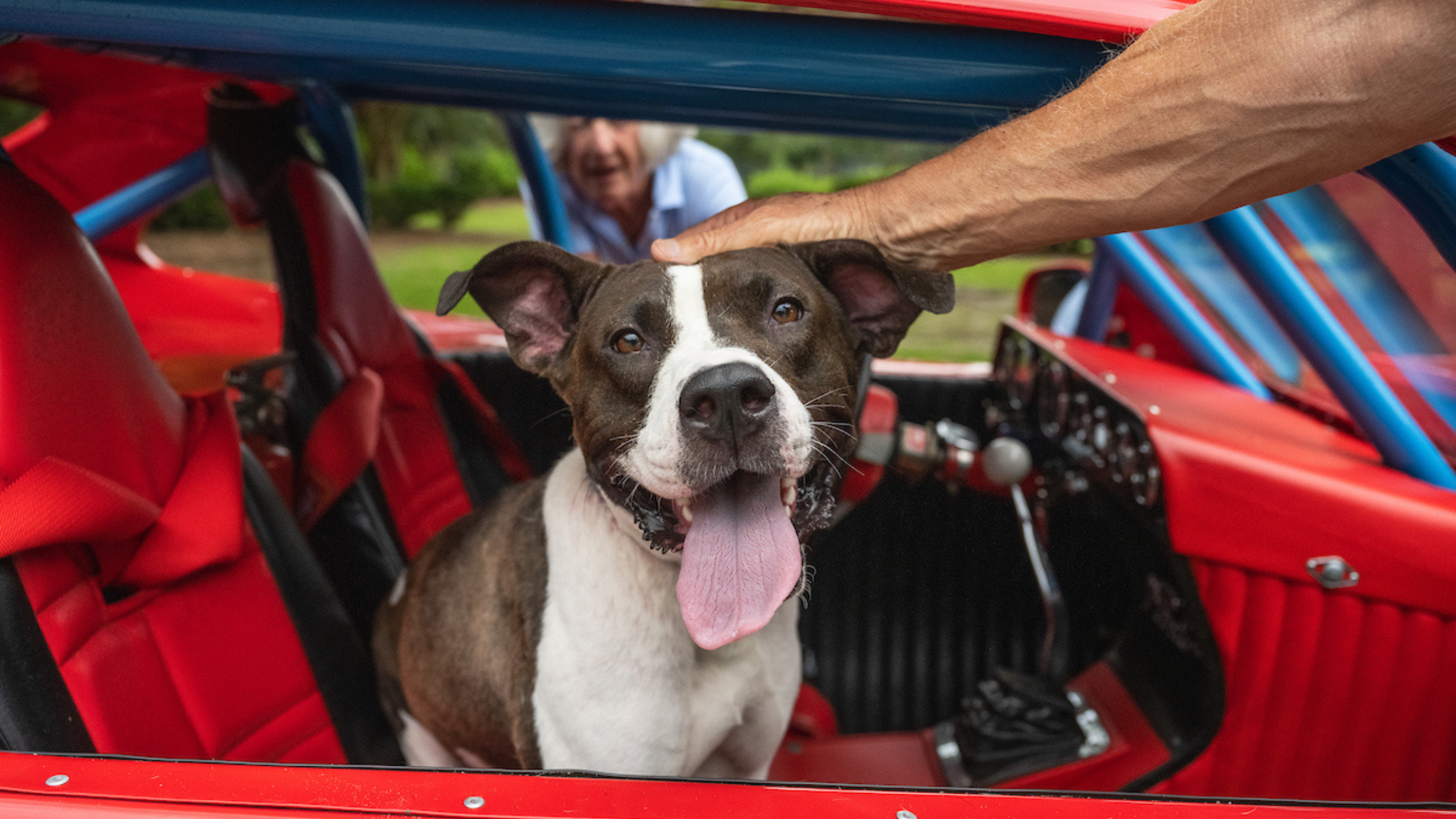 #CHSWalksTheDog: “The Treat Lady” and Thunder the Racecar

Welcome to the latest edition of #CHSWalksTheDog, a blog series that brings together notable Charlestonians and Businesses, with shelter dogs in need, in iconic Lowcountry locations thanks to the talents of volunteer photographer, Heather Moran (follow her on Instagram @heathermoran).

Life has many ups and downs, but it’s important to take time for the sweet things in life. Nobody in Mount Pleasant’s Historic Old Village District knows that better than Carolyn and Dick Trammell.

We had the pleasure of meeting up with them in Edwards Park, to give a group of shelter dogs some much needed time to relax away from the sometimes overwhelming sights, sounds, and smells of the shelter.

Since 1999, the Trammell’s have called the Old Village home. True to its name, the Old Village is a time capsule to a bygone era where neighbors aren’t strangers and it’s normal to stop and chat on the corner for a while. Since retiring, the two have become fixtures of their community simply by doing what they love.

Carolyn has earned a reputation as “the Treat Lady,” due to her penchant for bringing along a bag of dog treats everywhere she walks in the neighborhood and sharing them with each pup she and her adopted dog Kate happen to meet.

“It brings me great joy to see the smiles of dog walkers young and old,” Carolyn explained. “I especially love watching the immediate attention in the eyes of the puppy dogs who remember us!”

Carolyn’s father worked for many years in the wholesale candy industry and always had a pocketful of Tootsie Rolls to share, even when health issues confined him to a wheelchair.

If Carolyn is “the Treat Lady,” then it’s safe to call her husband, Dick, “the Racecar Guy.” After serving as the Executive Director of the North Carolina Travel and Tourism Division during the 1990’s, where he was instrumental in declaring the state “The Motorsports Capital of the World,” and eventually retiring from the hospitality industry in 2016, Dick wanted to find a way to stay in touch with the sport that had brought so much prosperity and joy to his home state. Owning a street legal modified racecar became a dream of Dick’s after seeing one being driven on Interstate 40.

In 2019, Dick had the chance to make his longtime dream come true; buying a beautiful 1974 Ford Pinto street-legal modified NASCAR racer, now known as “Thunder.” This classic car turns heads wherever it goes, even having a few people stop by to ask Dick about it during our session.  Dick hopes his eye-catching car helps turn some heads towards the adoptable dogs who had a chance to pose with Thunder. Sage, a dog who’s no stranger to speed, even had the joy of sitting in the passenger seat for a little while.

Carolyn and Dick are reminders that a life well spent is a life spent following what brings you joy; especially if you have a few wagging tails following along with you! If you would like to take a dog out of the shelter for a day, go to CharlestonAnimalSociety.org/foster/ to sign up for our Paws Around Town Program.

If you are a Charlestonian influencer or business who would like to take part in a future edition of #CHSWalksTheDog, please email Will Howell, Digital Marketing Manager, whowell@charlestonanimalsociety.org today!

Shelter life can be stressful for dogs – especially older dogs who might not have ever been away from what they knew as their home.  “Walkabouts” or day trips out of the shelter can provide long-time residents a break from being in a kennel, allowing them time to decompress and to be stimulated with the sights and sounds of normal life. We also hope that showcasing our longest residents in a different light – outside the shelter walls – might allow a potential adopter to become interested in them when a family sees more normal canine behaviors exhibited on a calm leash walk through the city. 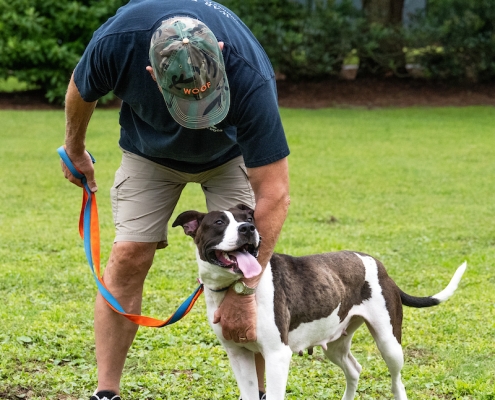 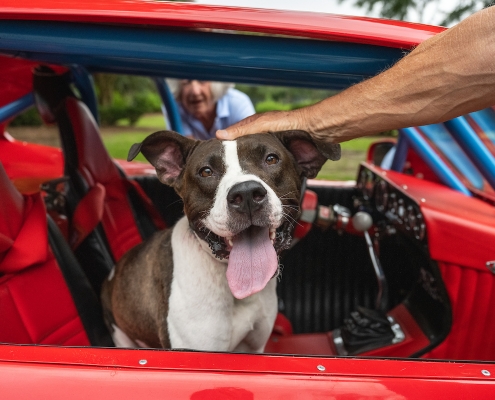 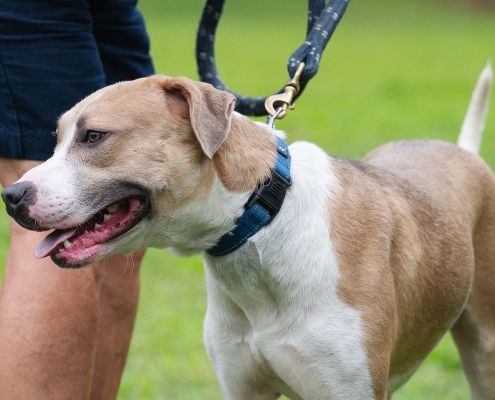 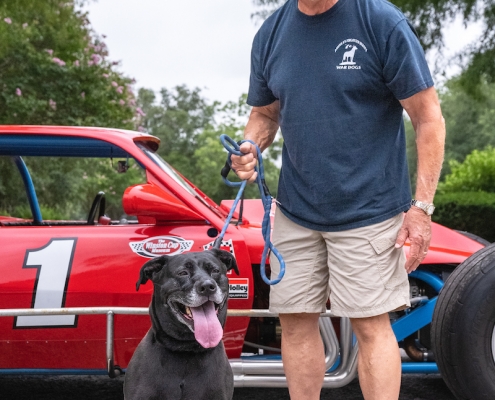 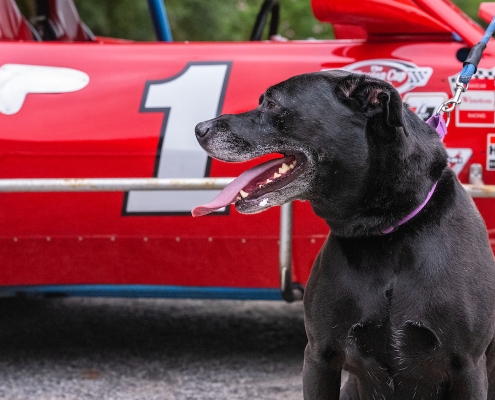 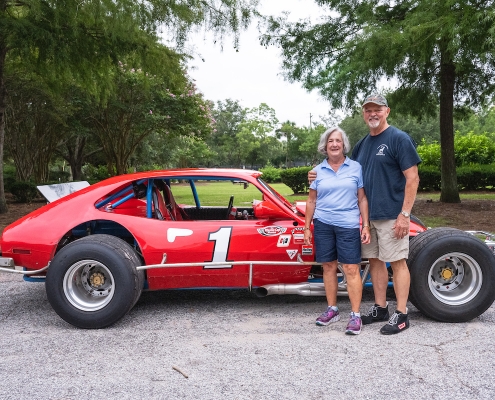 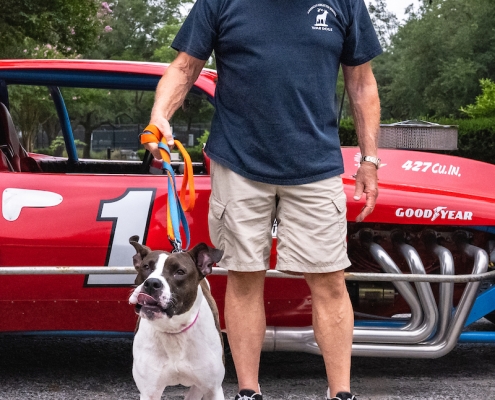 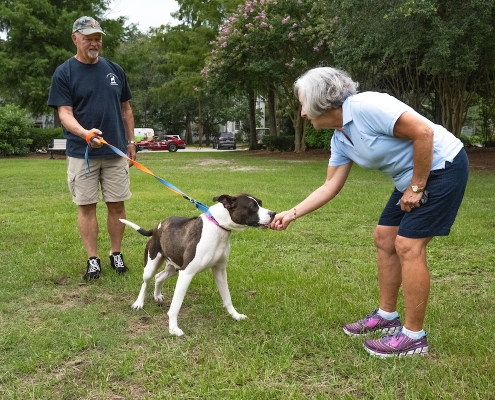 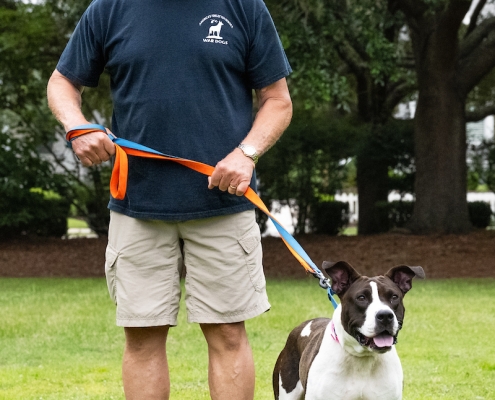 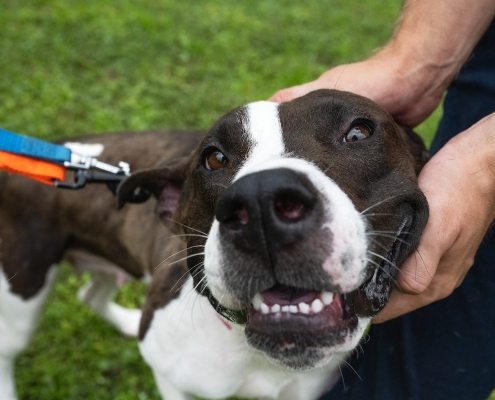 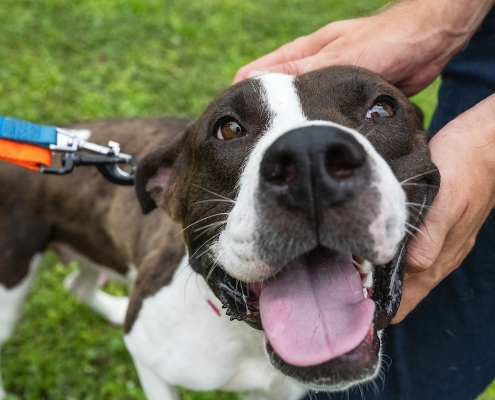 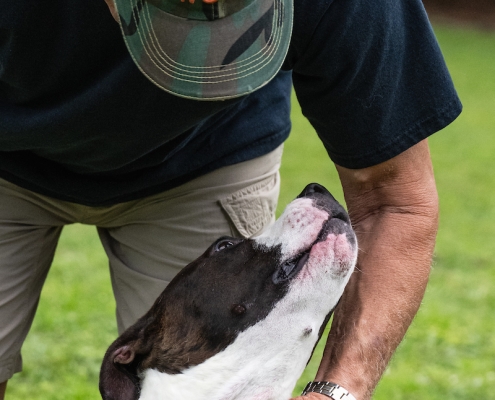 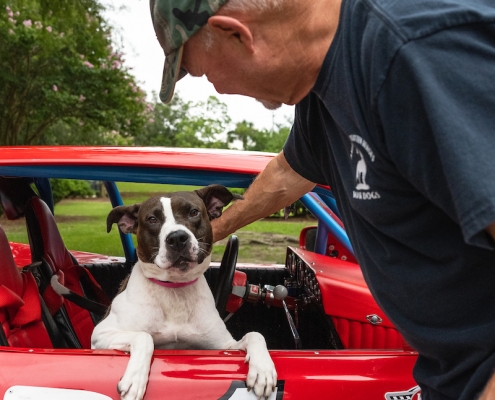 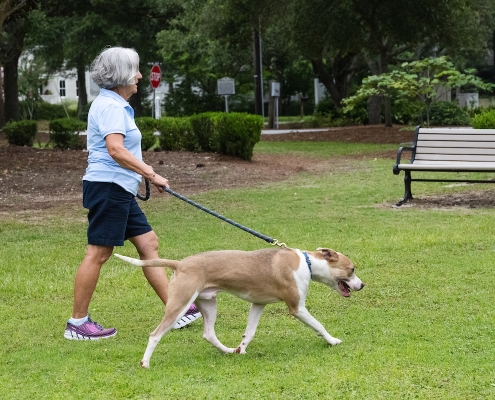 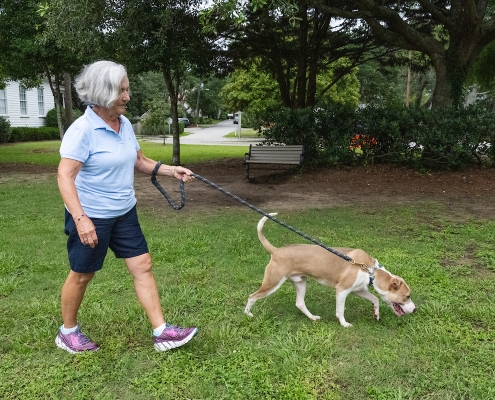 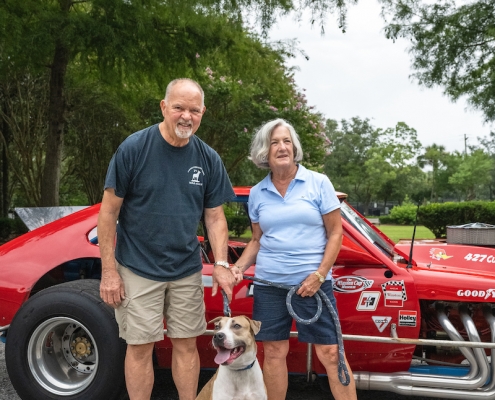 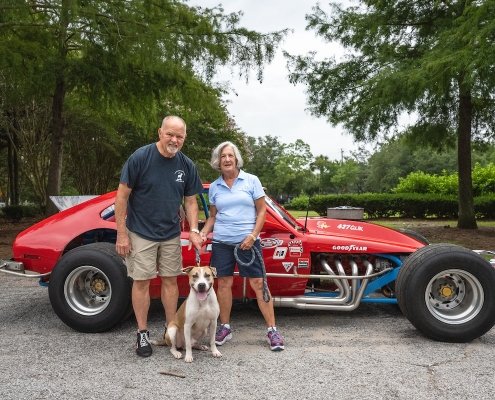 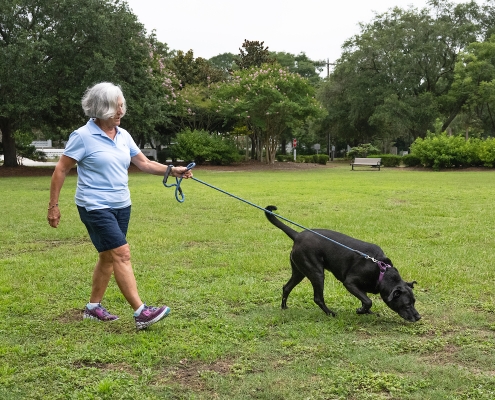 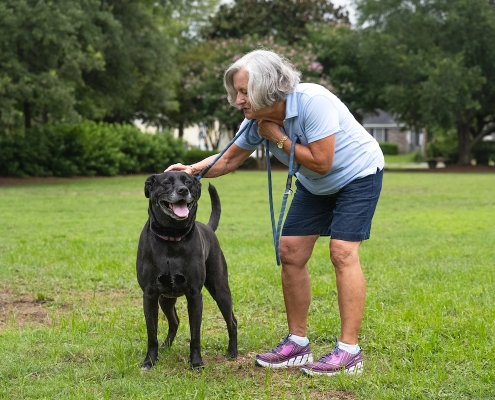 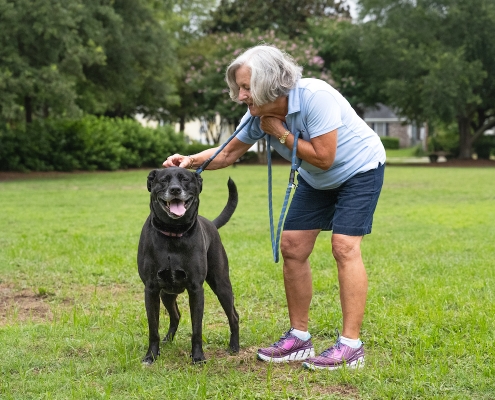 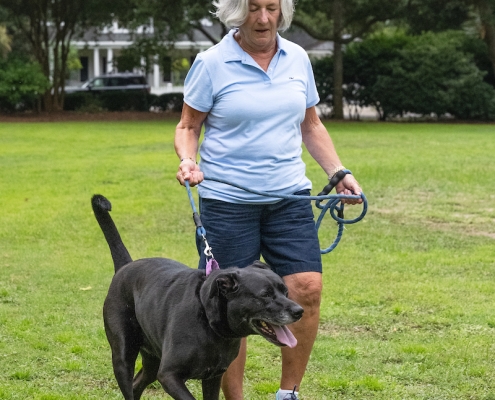 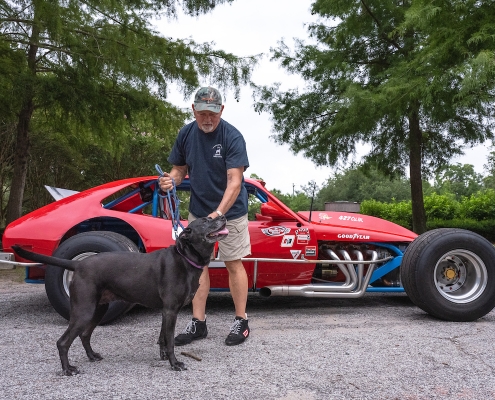 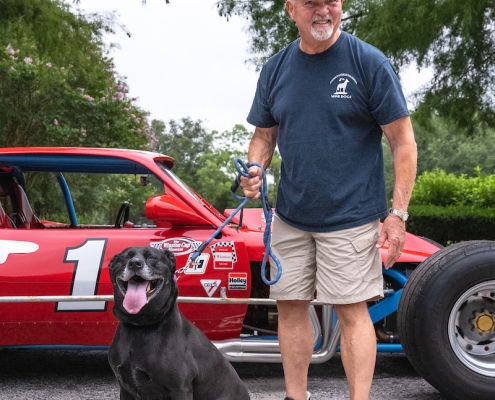 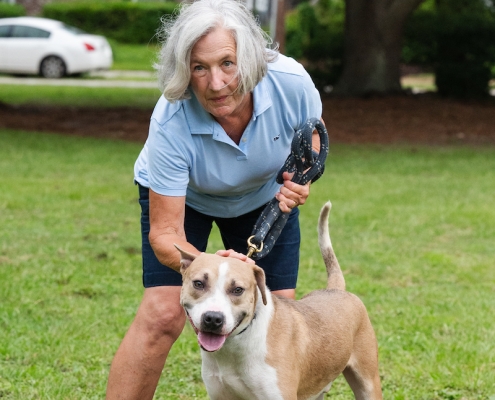 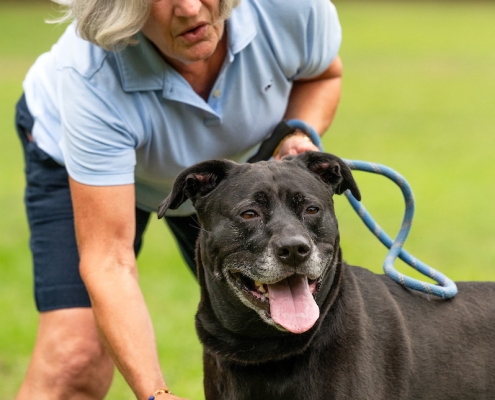 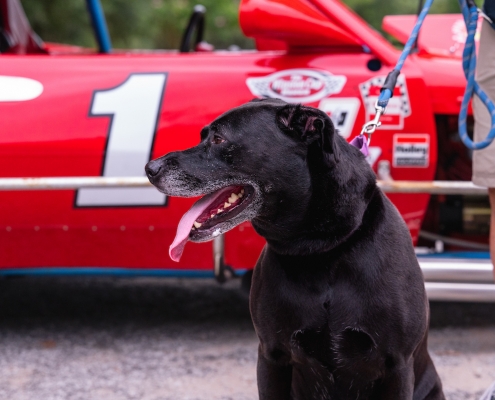 GET A SHOPPING SPREE ON US!
Scroll to top