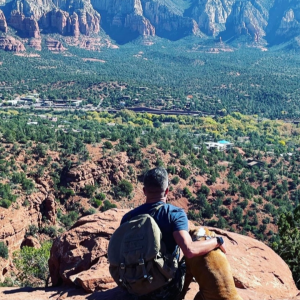 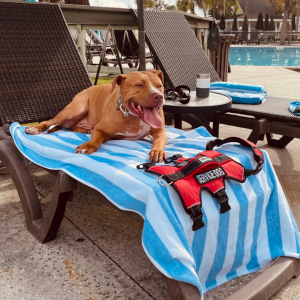 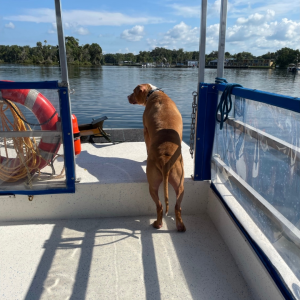 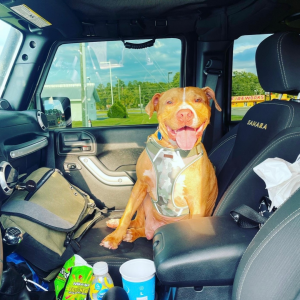 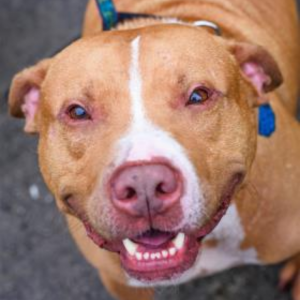 Romeo: Rescue and Be Rescued

To no fault of his own, Romeo was a return guest at Charleston Animal Society. His previous homes reported that he was dog aggressive and untrainable, but as the saying goes, third time’s the charm. Mark rescued Romeo earlier this year, and according to Mark, Romeo truly rescued him too. Mark named Romeo after his company at The Citadel, but Mark couldn’t help but draw similarities between his dog and the Romeo from Romeo & Juliet. Romeo is a handsome, intelligent and sensitive gentleman with lots of love to offer.

Mark had recently experienced great hardship in his life. He also had PTSD from 30 years as a Search & Rescue and Kidnap & Ransom specialist operating in 87 countries across 5 continents. He was ready for a new beginning, one that could enrich his life with exciting adventures and companionship. He arrived at Charleston Animal Society with one mission in mind – he wanted to adopt a dog that was having a hard time finding a home. Our adoption staff introduced him to Romeo, who was named Roscoe at the time. The two formed an immediate bond, a bond that was the start of a new, meaningful journey for them both.

Romeo settled in quickly with Mark. He was full of affection and seemed to fit right in. After just a couple of days together, Mark and Romeo took a road trip out to California to visit Mark’s son. Romeo sat shotgun right next to Mark the whole way. At each stop along the trip they made friends quickly, all of whom couldn’t get over how adorable and sweet Romeo was. He seemed to make an instant connection with so many people.

While Romeo was eager to befriend everyone he met, he had one special skill that stood out to many. He connected most with people who truly needed it. Mark noticed that Romeo was especially drawn to people who were struggling, whether they were experiencing illness, loss, depression or just a bad day. He even saved people from committing suicide. Romeo seemed to have an intuition that reached people on their toughest days and healed them in a way that no human could.

Making Changes for the Better

As their travels continued, Romeo’s dog aggression seemed to dissipate, he was learning wonderful manners and he made the best travel companion. Mark and Romeo made so many memories during their big adventure. They had spiritual experiences in the mountains of Arizona, camped in Alabama through 2 hurricanes, enjoyed relaxing beach days on the west coast and Romeo even had his own chair at their favorite bar in California.

Romeo’s fan club grew more each day. He helped people overcome misconceptions about pit bull type dogs, even inspiring people to visit their local animal shelters to adopt this misunderstood breed. Mark knew that Romeo was special and he was confident his strong connection with people had the potential to make a meaningful difference in more people’s lives.

Helping Those Who Need it Most

When Mark and Romeo returned to Charleston after their road trip, Mark had Romeo assessed to be a therapy dog at the MUSC Children’s Cancer Center. As Mark says, he “passed with flying colors!” In January, Romeo and Mark will begin visiting Children’s Hospitals across the state of South Carolina. They hope to give children moments of joy and healing that can take their mind off of the medical hardships they are facing.

Romeo and Mark are kindred spirits, looking out for each other when times are tough and growing from difficult experiences. Mark says, “Romeo makes me want to be a better person. He saved my life.” Now, these two souls, who truly saved each other, will save many more people by spreading love and healing to those who need it most.