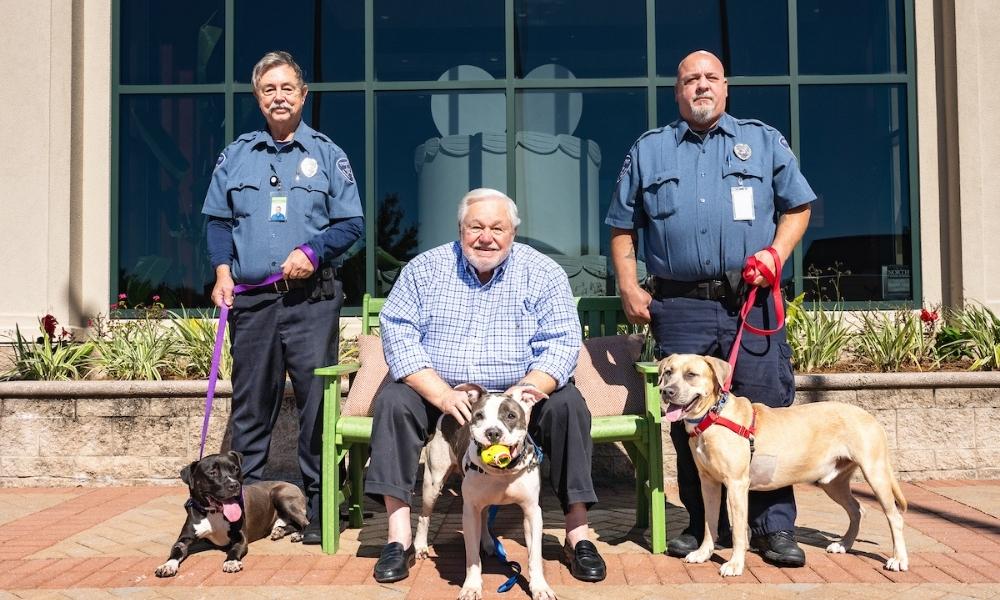 Welcome to #CHSWalksTheDog, a blog series that brings together notable Charlestonians, with shelter dogs in need of a home, in iconic Lowcountry locations thanks to the talents of volunteer photographer, Heather Moran.

When assuming office, local elected officials pledge to serve their community. While many politicians try their best to listen to the needs of the constituents who voted them into office, it is rare to find an official who is as concerned about the quality of life the voiceless animals in their community as Mayor Keith Summey has continuously done during his 28 year tenure as the Mayor of North Charleston.

Mayor Summey has been a constant partner to Charleston Animal Society and our singular mission since 1874; the prevention of cruelty to animals. Earlier this year, the City of North Charleston was certified as an official BETTER CITY FOR PETS™ as part of the Mars Petcare BETTER CITIES FOR PETS™ program, showcasing its commitment to creating a pet-friendly community. This accomplishment came in no small part thanks to the dedication of Mayor Summey to our cause.

In May, Mayor Summey led the charge with the North Charleston City Council to unanimously vote to donate approximately 5 acres of land adjacent to the existing Charleston Animal Society facility for the purpose of adding additional facilities to expand the shelter’s capacity for caring state-wide. This plan includes a large-scale veterinary clinic, an overcapacity emergency shelter, and an education center to train the next generation of Animal Welfare professionals from underserved communities. This generous donation will not only make North Charleston a better place for animals but South Carolina as well.

To thank Mayor Summey for all of his hard work, we decided to give him the opportunity to spend some time with some of the dogs who have directly benefited from his compassion at North Charleston City Hall. We brought along Randall (3 years old, male, yellow lab-mix), Houston (3 years old, male, blue and white terrier-mix), and Zizi (1 year old, male, black terrier-mix) to have a chance to shake paws with the man who has helped their community so much.

Day trips out of the shelter can provide long-time residents a break from being in a kennel, allowing them time to decompress and to be stimulated with the sights and sounds of normal life. We also hope that showcasing our longest residents in a different light – outside the shelter walls – might allow a potential adopter to become interested in them when a family sees more normal canine behaviors exhibited on a calm leash walk through the city.

Randall and the Mayor were instantly like two peas in a pod, with Randall sitting politely by him accepting scratches and pets as if the two had been together their entire lives. Houston, who has a reputation with staff as a “hugger,” immediately wrapped his paws around the Mayor to thank him for all of his hard work. The two bonded quickly, playing with toys and laughing. Zizi was on his best behavior for meeting the Mayor, making sure to have perfect posture for his official portrait with Mayor Summey.

One of the most touching parts of the session was how comfortable and attentive Mayor Summey was with each dog that he spent time with. Even though these homeless dogs had come from difficult situations in their past, the Mayor treated each with the utmost compassion as he gave them his full attention. As the session progressed, many citizens walked by to greet the Mayor. He treated each person with the same gratitude and kindness that he gave to our rescue dogs. The old saying that you can judge a person’s character by how they treat animals certainly seems to ring true for Mayor Keith Summey.

Follow Mayor Summey’s example of kindness and visit CharlestonAnimalSociety.org/Adopt to meet more adoptable dogs just like the ones featured in this week’s blog. Adoption fees have been waived for all adult dogs, as we receive an influx of animals displaced by Hurricane Ian.

Thank you to PetSafe for providing the Easy Walk No Pull Harnesses and Leashes for the dogs featured in this week’s #CHSWalksTheDog excursion. Each dog from this session will go home with a complementary harness and leash thanks to our friends at PetSafe.

If you are a Charlestonian influencer or business who would like to take part in a future edition of #CHSWalksTheDog, please email Will Howell, Digital Marketing Manager, at whowell@charlestonanimalsociety.org today! 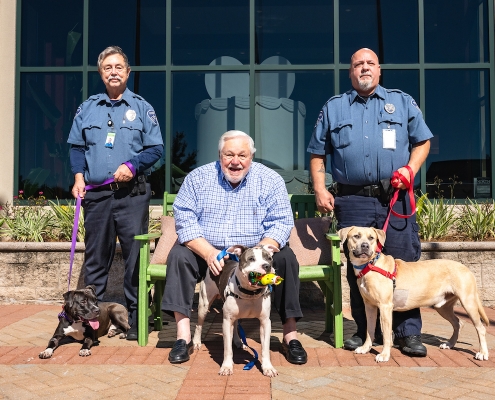 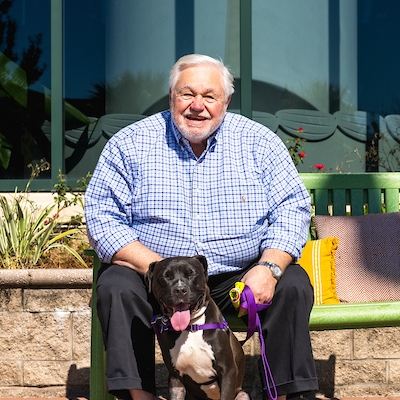 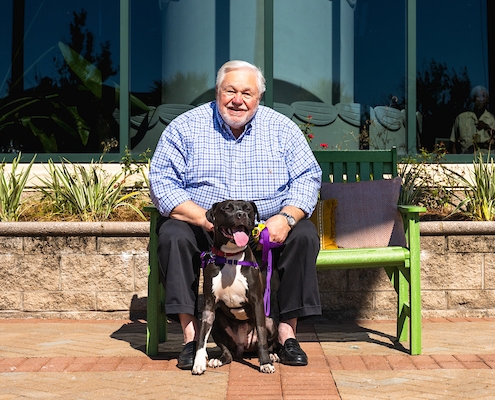 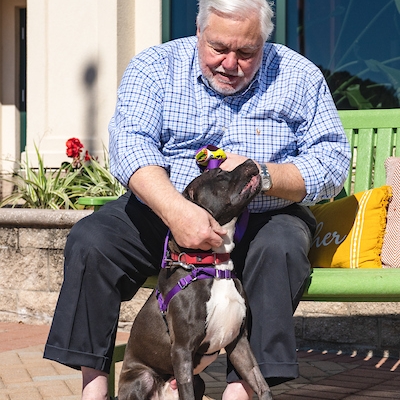 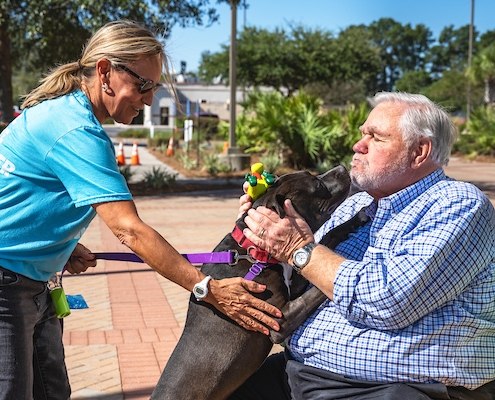 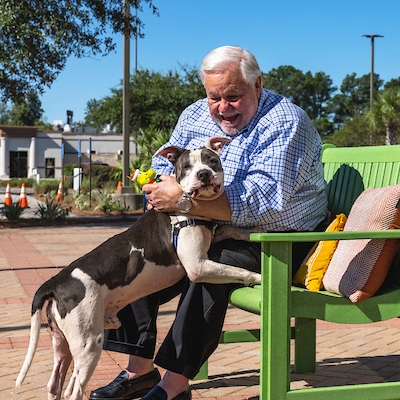 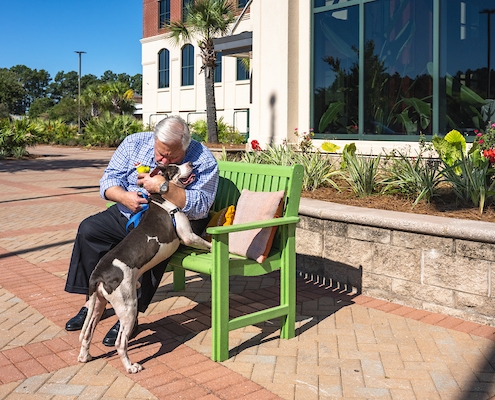 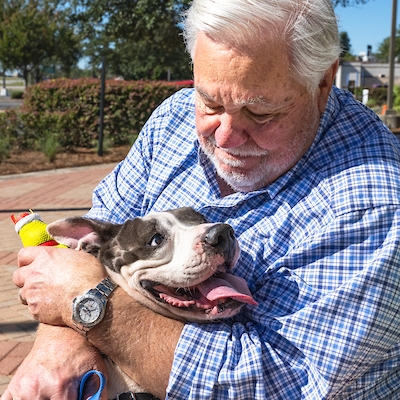 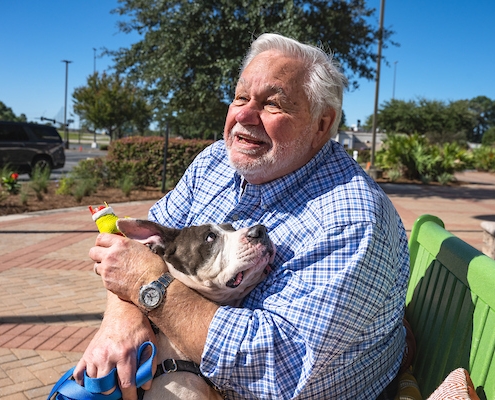 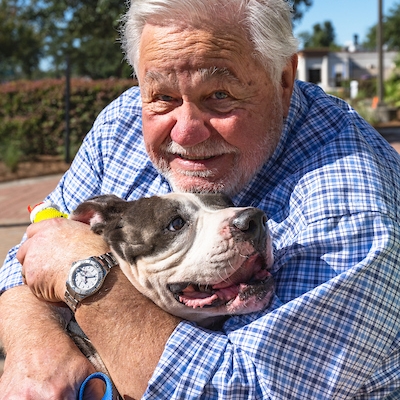 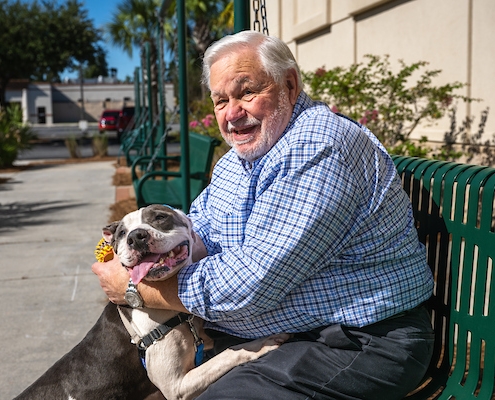 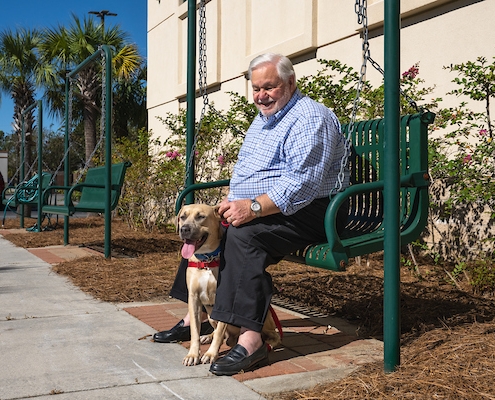 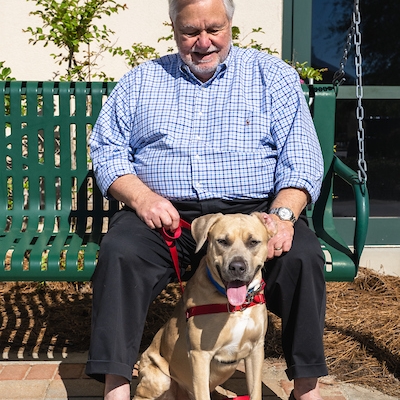 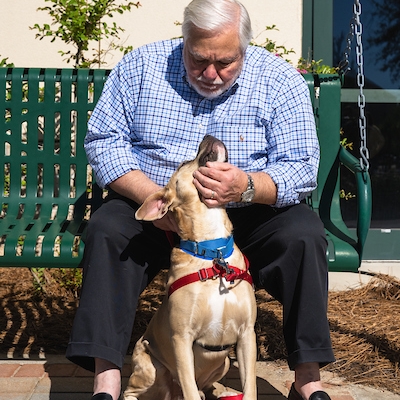 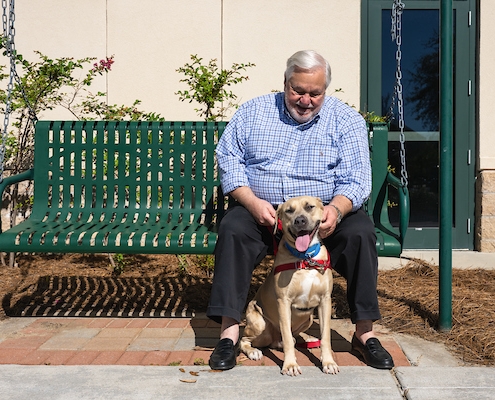 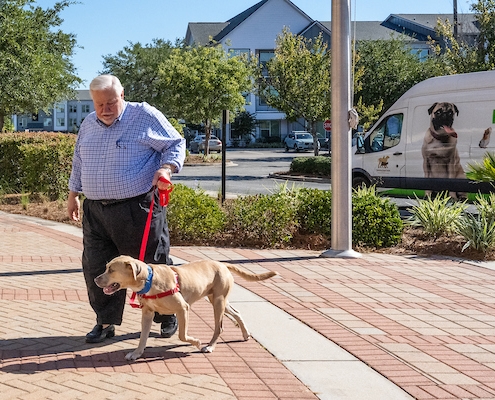 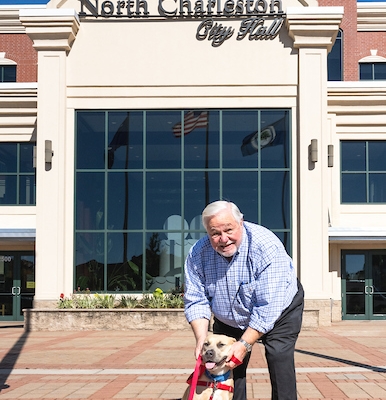