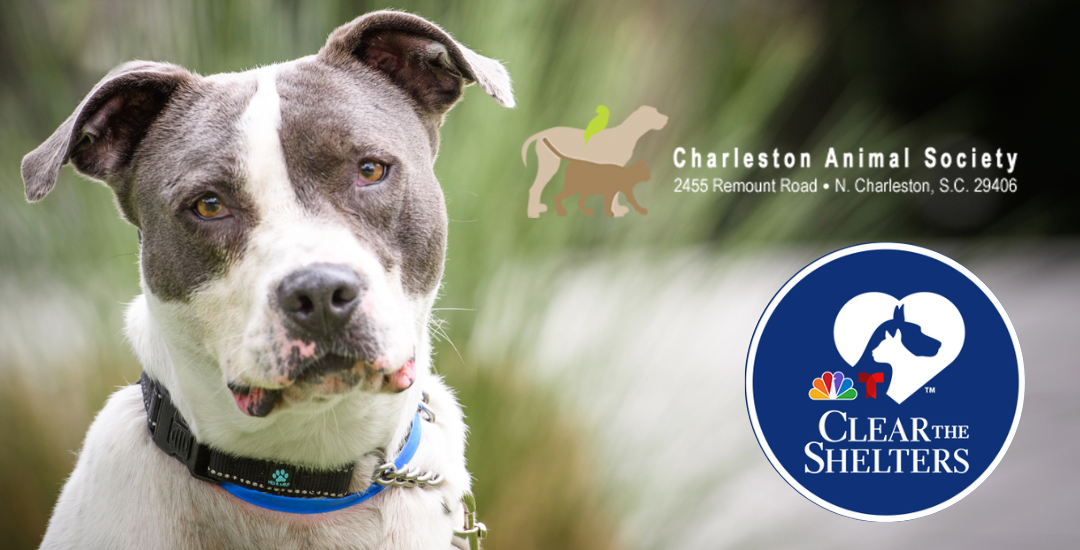 Charleston Animal Society has joined NBCUniversal Local’s 2022 Clear The Shelters pet adoption and donation Aug. 1 to 31. This is the eighth consecutive year NBC and Telemundo owned stations are partnering with affiliate stations and animal shelters and rescues to promote pet adoption and help raise funds to support animal welfare. Since its inception in 2015, Clear The Shelters has helped more than 700,000 pets find new homes.

The 2022 Clear The Shelters will again feature online donations through partners Greater Good Charities and The Animal Rescue Site, which will host fundraising and cover transaction fees so that 100 percent of donations go directly to shelters and rescues. Donations can be made to participating shelters or rescues during the campaign at ClearTheSheltersFund.org, which is also accessible via ClearTheShelters.com.

Virtual pet adoptions are also returning for the fourth consecutive campaign through Clear The Shelters partner WeRescue. The WeRescue app enables users to search for adoptable pets in their area by breed, gender, size and other factors on their smartphone. Users can also submit their adoption applications and ask questions directly to shelters through the app.

For more information on the 2022 Clear The Shelters, including participating shelters and rescues, along with details on local events and activities, visit ClearTheShelters.com and the Spanish-language website DesocuparlosAlbergues.com. Follow the effort on Twitter @ClearTheShelter, and on social media using #ClearTheShelters and #DesocuparLosAlbergues.

ADOPT
GET A SHOPPING SPREE ON US!