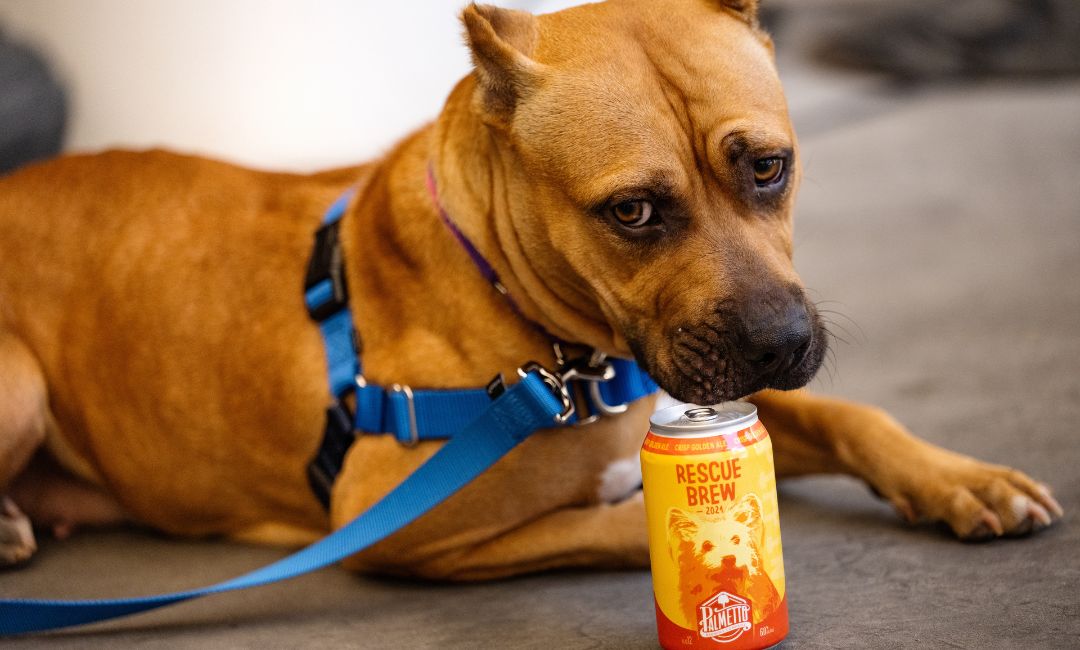 Rescue Dogs Take Over in Honor of Rescue Brew

Welcome to #CHSWalksTheDog, a blog series that brings together notable Charlestonians, with shelter dogs in need, in iconic Lowcountry locations thanks to the talents of volunteer photographer, Heather Moran.

After two months of nominations, campaigning, and voting we finally have our finalists for the 2022 Rescue Brew Beer Contest. This year, we had a record number of 709 entrants who raised a total of $81,699 for Charleston Animal Society’s No Kill South Carolina initiative, helping make our state a friendlier place for animals.

The finalist group of three cats and three dogs who received the most votes throughout the course of the contest will be reviewed by our panel of judges representing WCSC Live 5 News, Charleston Animal Society, and Palmetto Brewing Company. One dog and one cat will be selected as the spokespets starring on cans of Rescue Brew 2022, which is set to be released by Palmetto Brewing Company later this fall.

In honor of Rescue Brew and all the good this fundraiser accomplishes, we decided to pay a visit to Palmetto Brewing Company at 289 Huger Street in Downtown Charleston to show some thanks to the amazing people who have helped to make the Rescue Brew Beer project a reality for the last three years. And what better way to celebrate the closing of Rescue Brew voting, than to bring in some very special rescues to the brewery!

Day trips out of the shelter can provide long-time residents a break from being in a kennel, allowing them time to decompress and to be stimulated with the sights and sounds of normal life. We also hope that showcasing our longest residents in a different light – outside the shelter walls – might allow a potential adopter to become interested in them when a family sees more normal canine behaviors exhibited on a calm leash walk through the city.

To say that the Palmetto team is made up of dog-lovers is an understatement. Almost every staff member who interacted with this week’s highlighted dogs found themselves seriously weighing the pros and cons of adding a new dog to their homes upon meeting them. The brewery’s Speakeasy lounge and Courtyard are frequented by dog-owners and their four-legged friends as they enjoy trivia nights, weekend markets, and live music together.

Abu, a big dog with an even bigger personality. He was given an exclusive behind-the-scenes look into Palmetto’s brew room, where Rescue Brew and other iconic beers are crafted. Abu made fast friends with Head Brewer Dave Driebe, loving every minute of the extra attention he was getting. After his private tour, Abu stopped by the bar to shake the paw of Amy Raimondo, one of the Palmetto Beertenders who will be serving Rescue Brew later this year.

Next up was Juliet, a gentle hearted staff-favorite, who absolutely melted in the arms of Colin Sherman, the Territory Sales Director at Catawba-Palmetto. Colin was smitten with how calm and gentle Juliet was, as she leaned into the scratches and pets she was receiving from her new friend.

Finally Paloma, a dog well-known at the shelter for the arsenal of tricks she’s mastered, showed off her best sit, shake, and down in the Speakeasy with General Manager Lauren Hutson. Clearly, this practice in front of an audience had a positive effect on Paloma, as she was adopted shortly after this photoshoot! Let’s hope it does the same for Juliet and Abu, who are still at the shelter awaiting their homes to come along.

We couldn’t be more grateful for the wonderful partnership that has formed between Palmetto Brewing Company and Charleston Animal Society through Rescue Brew. Their staff has an incredible passion for the beer they brew and the animals they help. Stop by and thank them for their support sometime and stay tuned this autumn for Rescue Brew 2022 coming to taps and grocery stores near you.

Thank you to PetSafe for providing the Easy Walk No Pull Harnesses and Leashes for the dogs featured in this week’s #CHSWalksTheDog excursion. Each dog from this session will go home with a complementary harness and leash thanks to our friends at PetSafe.

If you are a Charlestonian influencer or business who would like to take part in a future edition of #CHSWalksTheDog, please email Will Howell, Digital Marketing Manager, at whowell@charlestonanimalsociety.org today! 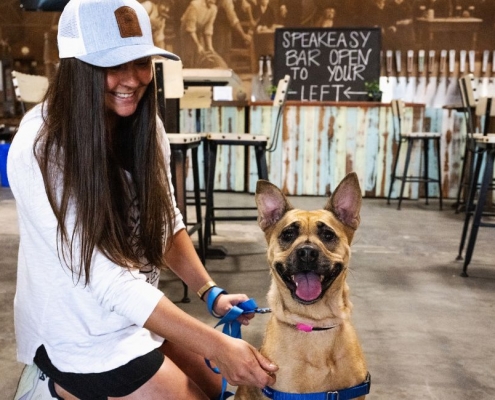 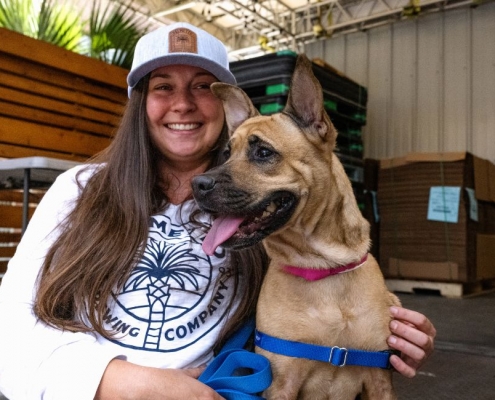 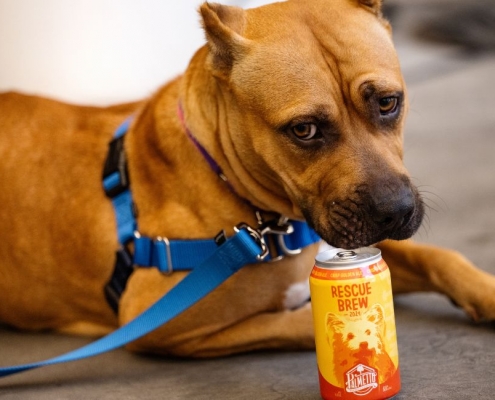 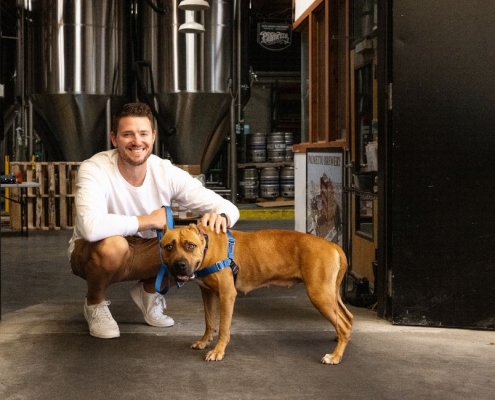 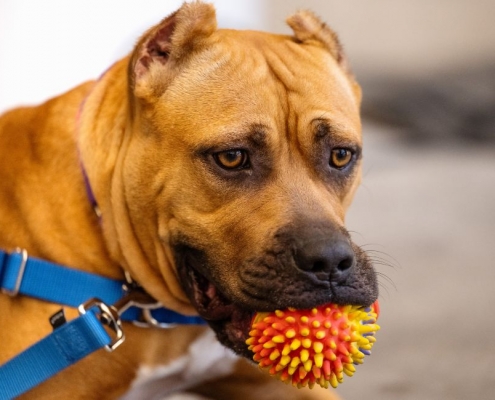 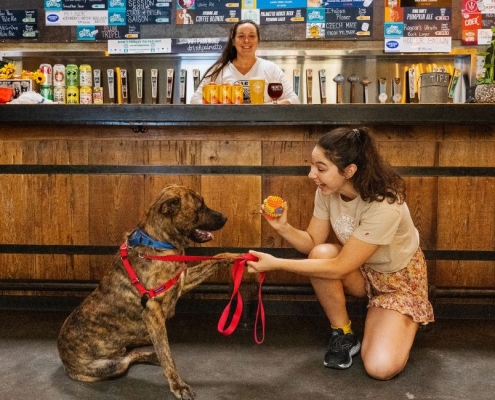 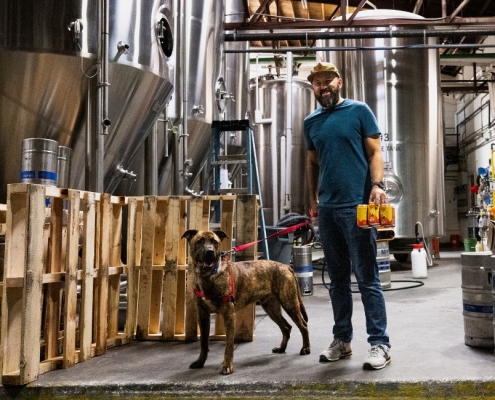 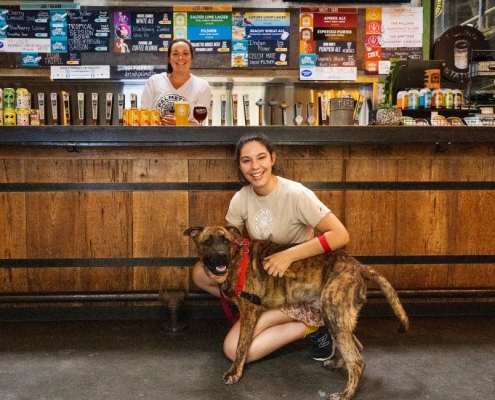 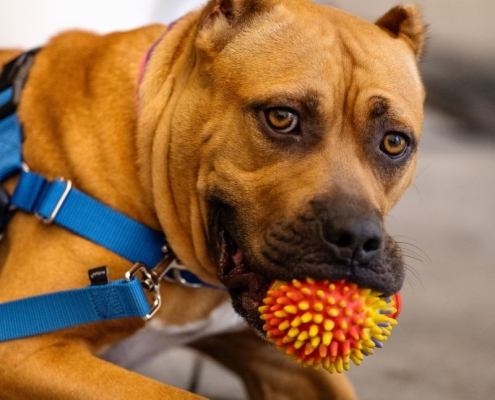 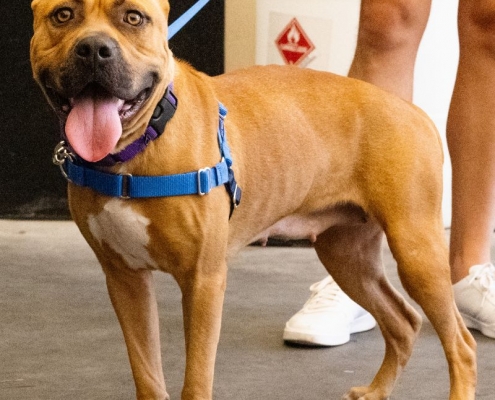 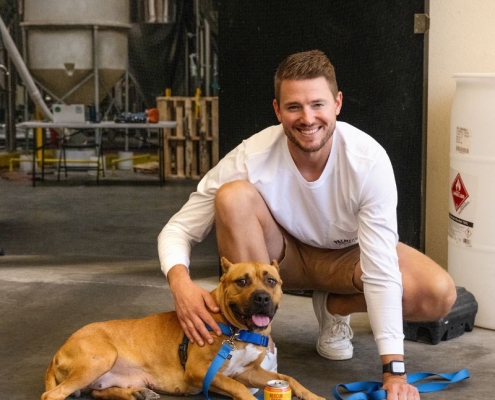 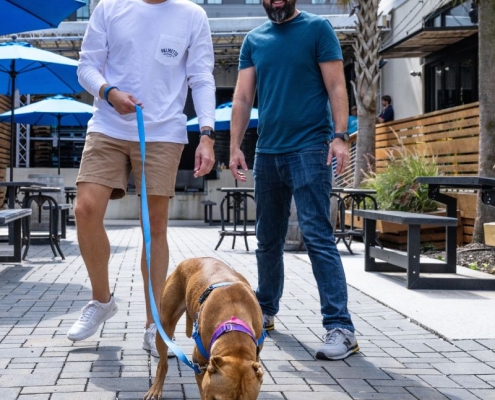 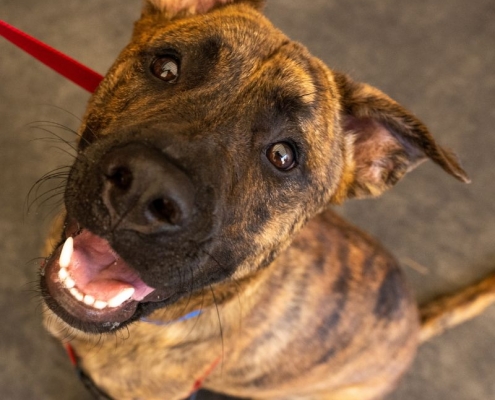 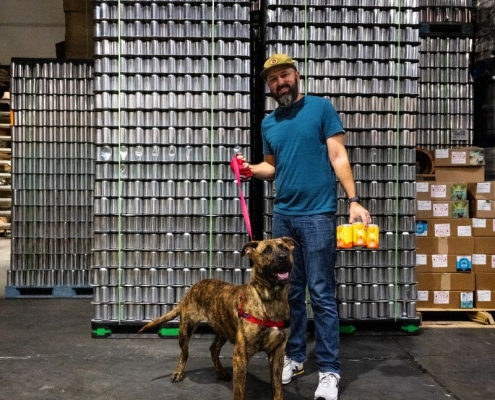