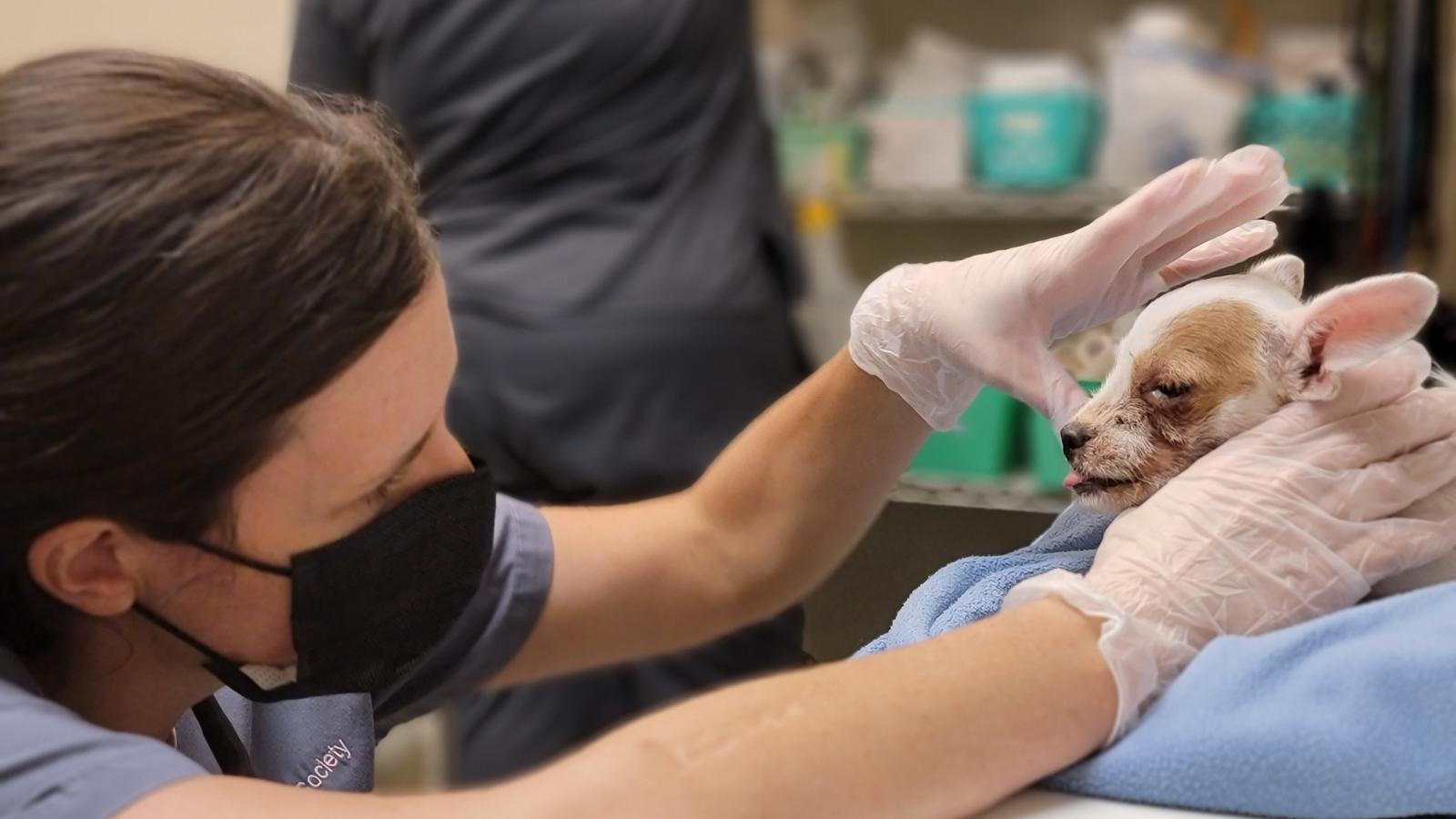 Charleston Animal Society offering  $5,000 REWARD for information leading to the arrest and felony conviction of those involved.

Thursday | September 15th, 2022 |NORTH CHARLESTON – The Charleston County Sheriff’s Office is investigating a possible case of animal cruelty after a chihuahua puppy named “Billie” was found left bleeding with a broken jaw and eye socket, in a plastic storage bin in the Midland Park area of North Charleston. Children who saw the puppy in the bin on a neighborhood walking path, told their mother who then contacted authorities.

“We are concerned with the significant head injuries Billie suffered and what caused them, but as importantly, we want to know why someone left her in a bin alone, in so much obvious pain,” said Charleston Animal Society Vice President of Operations and Strategy Aldwin Roman, CAWA. “Billie was found in the bin with a pee pad and blanket, so it seems clear someone had been caring for her. Yet she was abandoned with life threatening injuries which is cruel and unnecessary. Someone knows what happened to this poor dog and needs to come forward.”
“Through our No Kill South Carolina 2024 initiative, we remain committed to fighting cruelty wherever it exists,” said Charleston Animal Society President and CEO Joe Elmore, CAWA, CFRE. “We fully support law enforcement efforts to bring the guilty parties to justice.”
ON THE ROAD TO RECOVERY
Along with a fracture to her right jaw and her left eye socket, Billie also had a puncture wound. The chihuahua did not like her feeding tube and pulled it out, however, she is now eating soft food and sleeping comfortably under the close eye of shelter staff and veterinarians.
“We believe her injuries are going to heal, it’s just going to take a little time,” said Charleston Animal Society Associate Director of Veterinary Medicine Ryan Pelletier, DVM. “She’s lucky that she was found and brought in when she was.”
CLICK HERE FOR PHOTOS AND VIDEO
SOUTH CAROLINA SHELTERS DECLARE A STATE OF EMERGENCY