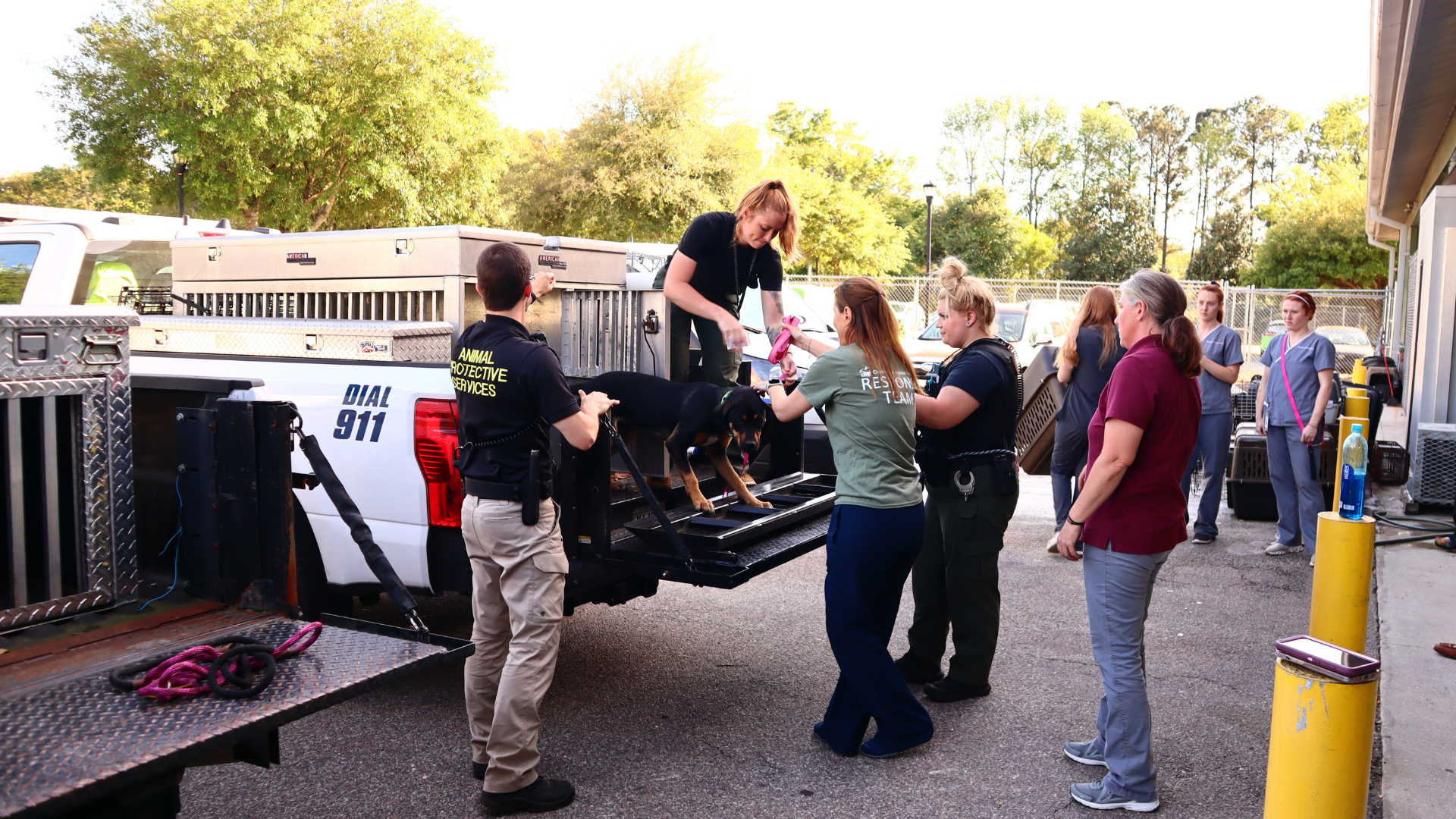 Charleston Animal Society and the Charleston County Sheriff’s Office is leading the rescue.

The Charleston County Sheriff’s Office responded to a citizen complaint in Hollywood, SC Tuesday April, 12 afternoon, where dozens of dogs were being kept outside and inside a residence that was set up as a dog rescue operation. According to the Sheriff’s Department, the homeowner had been hospitalized and was unable to care for the dogs.

The Sheriff’s Office obtained a search warrant for the property and worked throughout the day to seize approximately 57 dogs of various breeds and sizes. Charleston Animal Society is assisting in the effort along with multiple law enforcement agencies. 48 of the 57 dogs were brought to Charleston Animal Society Tuesday night, while 9 others are being sent to several animal organizations.

“Like most other open-admission shelters across the state, we are already overcapacity with adult dogs, but our dedicated staff are working tonight to build additional kennels for these dogs,” said Pearl Sutton, Charleston Animal Society’s Chief Lifesaving Officer.

The condition of the dogs is being assessed, and the authorities involved are working to find housing for the animals at various organizations, primarily the Charleston Animal Society. No criminal charges have been filed at this time. The investigation is ongoing.
“In this case, a concerned citizen picked up the phone and did the right thing,” Sutton said. “If you see an animal you’re concerned about, call the police. In Charleston County, that number is (843) 743-7200.”

Vote for Us in Moultrie News Best of the Best 2022!